Have You Friended Your Favorite Cause? 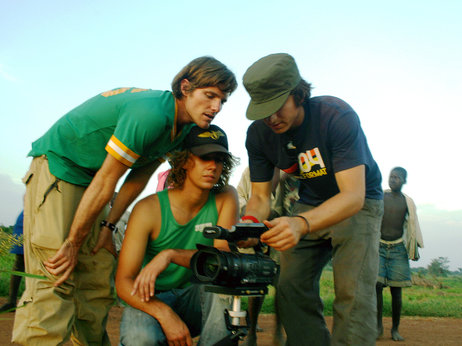 Hours after Facebook put out a call Tuesday for its users to register as organ donors, 6,000 people had already signed up. That’s more than 15 times the number of people who normally register each day, according to Donate Life America, which is collaborating with Facebook.

Clearly, having Facebook in its corner could help any organization get its word out. But since most charities will never be singled out this way for the social-networking site’s attention, how can they harness Facebook — and Twitter and all the various other social media outlets that are out there — to highlight their own messages?

There’s no magic formula. And in fact, social media savants say nonprofits worry that social media can be like playing with fire.

They’ve all seen how the “Kony 2012″ video, put out in March by a group called Invisible Children, became an instant viral sensation but led to little further action after the group came under some criticism.

“Kony was great as far as awareness-building, but it didn’t keep people engaged over time,” says Tonia Ries, founder of The Realtime Report, a social-media business blog.

Ries says a smarter strategy is building a community of devoted followers slowly over time. Nonprofits can use social media to find individuals who are going to be committed to their causes, whether as volunteers, donors or letter writers.

“If you’re not in the social space, then you’re not anywhere,” says Jenna Boig, a digital strategist with the Nature Conservancy. “It is crucially important to be engaging with your customers on a daily basis.”

How Much Is Too Much?

The number of people willing to receive regular online pitches from nonprofits has been rising rapidly. According to a survey by NTEN, Common Knowledge & Blackbaud, the average nonprofit’s fan or follower base grew by 30 percent on Facebook and 81 percent on Twitter in 2011.

But the amount of information that people are taking in online can be overwhelming. That can shorten attention spans in a hurry when it comes to highlighting a particular cause.

Every nonprofit organization approaches social media in slightly different ways. Techniques are still evolving, but some do’s and don’ts have become clear.

Don’t Overwhelm. It’s hard to find the right number of tweets and status updates to engage people who are constantly online as well as those who check only a small fraction of their feeds for a few minutes every few days.

Don’t Outsource Your Message. Social media needs to be integrated in an organization’s larger communications efforts. “The way it’s effective is when it’s part of everything an organization is doing,” says Kristin Rowe-Finkbeiner, executive director of the nonprofit MomsRising.

Do Engage. You’re not going to learn what your supporters are passionate about — and maybe not hold their interest for long — if you don’t respond to their messages. Retweeting praise from an individual not only promotes their endorsement, but also “rewards” them by lending them your bigger bullhorn, says social media expert Tonia Ries. Following up on critical comments is important, too.

That’s why it’s important for nonprofits to build up support gradually among people who are genuinely interested, as opposed to hoping that Oprah Winfrey or Ryan Seacrest will tweet about their projects to their millions of followers, Ries says.

The best way to do that is to use social media to tell a particular story, whether it’s about building a well in Africa or about a cobra that escaped from the Bronx Zoo.

“If you can’t tell your story about your cause, you’re not going to be very successful in getting people to join,” says Allison Fine, coauthor of The Networked Nonprofit: Connecting with Social Media to Drive Change.

It’s not enough for organizations to slap their donor letters or press releases onto social media and call it a day. Instead, nonprofits — or corporations, for that matter — have to engage with their audience.

“If you are tweeting interesting content, people will react and respond,” Ries says. “It’s a huge opportunity for you then to engage in a conversation. When I see accounts with no conversation, it makes me cringe.”

The need for organizations to become more interactive on social media might seem bleedingly obvious at this point, but it represents a major turning point in how large institutions interact with their constituents, Fine points out.

“In particular, the direct-mail industry for nonprofits reflected this dehumanizing process of just asking for money,” she says. “We all got stuffed into donor bases and databases and had numbers assigned to us.”

Going Behind The Scenes

Nonprofits are opening up more channels of communication through social media — not only leaning on their CEOs to tweet, but offering up scientists and activists and volunteers to share tons of behind-the-scenes information with interested followers.

“We let them speak for themselves and be able to talk to people about what they do,” says Gloria Huang, a social media strategist with the Red Cross, which is now making social media training available to all its employees.

“We open up the entire organization and make it more human,” she says. “It’s easy for a large organization, especially with a long history, to become a closed fortress with this huge brand out there.”

Of course, opening things up entails some risks. No organization wants its message to become muddy, diffuse or distorted because of the proliferation of voices purporting to speak for it.

That’s an ongoing challenge. But when individuals or local chapters come up with something that seems to resonate — webcams seem to be pretty popular — it can be adopted by the organization’s primary, “official” platforms.

And it’s no longer the case that an organization will dismiss Twitter as the province of young people and leave the messaging up to younger workers.

“The culture has definitely shifted in terms of how the organization’s leaders view social engagement,” Huang says. “Everyone understands it’s something we need to be doing.”

At the Red Cross, she says, the power of social media was brought home by a campaign following the 2010 Haiti earthquake that used Twitter to encourage people to send a donation via text. The organization quickly raised nearly $33 million in $10 increments.

If more nonprofits understand the power of social media, they’re still figuring out the best ways to track their followers and figure out how to keep them engaged.

For most, it’s a matter of sharing ever-increasing amounts of information about what the organization is up to — and then making sure not just to say “thanks” when someone sends a supportive tweet, but following up with individuals who show particular interest.

For some, the goal is not to get to a million followers, but to find those few thousand folks who might really want to do more than just view content online. Everyone is trying to track which particular projects or activities really light up particular individuals, and then speak to them about it.

“We have found that people who self-select to do more advocacy will do so when asked to,” says Boig of the Nature Conservancy. “When we need them to take action or donate, we’ve already built that base. We’re not asking out of the blue.”